Can A Marshmallow Predict Your Success in Life? – David C Figueroa's Blog 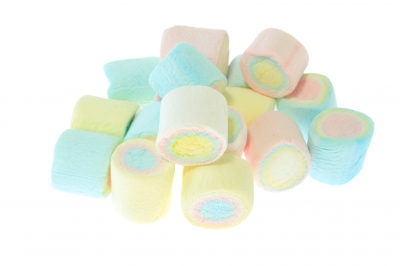 Can A Marshmallow Predict Your Success in Life?

What Everybody Should Know About the Secret of “Willpower!”

Why do some people seem to have it all. . . health, wealth, and overall success.? While others seem to be caught in a web of poverty, failure, and despair?

Are there factors in early childhood that can accurately predict the future life status of individuals?

Yes, absolutely! Some factors may include: genes, their environment, their social status, or IQ. But, according to some longitudinal studies, none of the above factors are as powerful in predicting success in life as willpower, self-discipline, and delayed gratification.

But, how can a marshmallow predict your future?

In the 1970’s, Walter Mischel, a psychologist at Stanford University, conducted a study called the “marshmallow test.” Mischel invited four-year-olds one by one into a “game room” at the Bing Nursery School located at the university. They were shown a tray with marshmallows and invited to pick one that they would like.

Then, they were given the following instructions. “You can have your treat now, if you want. But, if you don’t eat it until I come back from running an errand, you can then have two.” The examiner then left for a full fifteen minutes.

You can imagine how difficult these instructions were to follow for a four-year-old! 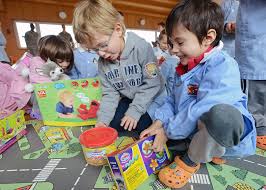 Will power and self-discipline are major feats for children of this age. As it turned out, about one third grabbed the marshmallow immediately when the examiner left. One third waited the full fifteen minutes and were then rewarded with two marshmallows. The last third fell somewhere in the middle.

The most significant outcome was that the children who were able to resist the temptation of the sweet treat resulted in more success later in their lives. They did better in school. They had better social relationships, and tended to be more successful adults.

This was further supported by the Dunedin study of New Zealand. 1,037 children were assessed after twenty years for their health, wealth, and involvement in crime. The conclusion was that the better their self-control in childhood, the better the Dunedin kids were doing in their thirties.

They tended to have sounder health, were more successful financially, and were less likely to be involved in crime. The worse their childhood impulse management, the lower their financial status, the poorer their health, and the more likely to have a criminal record.

The shocking conclusion was that, a child’s level of self-control is as powerful a predictor of financial success, health, and criminal involvement as are social class, wealth of family of origin, or IQ.

Willpower is a powerful determinant of adult success. High self-control and the ability to delay gratification predicts not just good grades, but also good emotional adjustment, and better interpersonal skills.

So, how does a person, especially an adult, develop willpower, self-control, and the ability to delay gratification?

Willpower comes from the ability to control the thought processes that come from what is called the “executive function” part of the brain. These are the thoughts that without realizing it, are yelling at us inside our heads. . . “Eat the marshmallow! Eat it NOW!”

These skills of course are not mastered overnight! They require long-term focus in order for your brain to be retrained. It’s not easy, but it’s well worth it. Master your “willpower” and master your destiny! Don’t eat the marshmallow until it’s time!

If you want to know more about the research-based fundamentals that determine success and will help you to create an exceptional life, check out my Ultimate Success System That Never Fails!

P.S. I also recommend The Psychology of Achievement by Brian Tracy. Click the banner below for a full description from world renown author and success expert, Brian Tracy himself. . .

“Image courtesy of aopsan at FreeDigitalPhotos.net”

David C Figueroa is a psychologist with over 35 years of experience teaching personal development. An awesome success coach, and internet marketer. Now retired, he has refocused his goals into helping network marketers grow their businesses online.